To start a Feudal Japan Settlement, select the transportation ship and you will be brought to the Settlement screen. Choose the Settlement by scrolling up/down on the left to the desired one and select "Start".

You get the awesome Shinto Temple, Emmissaries and depending on how quickly you finish it, fragments for a Timeless Dojo. The time limit will decrease to obtain maximum rewards for each Settlement you complete. The first time you attempt the Japan Settlement, you will be alloted 14 days to obtain maximum rewards and 20 days for the minimum. Upon successful completions you will eventually only be given 7 days for the maximum rewards and 10 days for the minimum (the difference is the quantity of Timeless Dojo fragments received). You will also have a Bonus Multiplier (4 times the basic, goods collection quantity) that will hopefully help for successful completion. The percentage chance of hitting the bonus also increases with each successful completion but cannot be relied upon so you will need to develop a strategy to help shorten your completion time. In short, you have to 'git gud' as you progress through each Settlement if you want the maximum reward set. You can find more information about rewards, Emissaries and time limits here.

As noted previously, housing is garbage for Settlement currency so prioritize other means to obtain. This will be demonstrated in the following as you will observe disconnected housing in favor of Settlement Coin and Goods production buildings but attempts made to connect housing if viable. In keeping with the previous tips page, observe the absence of any Diplomacy buildings (Toro's, Torii Gates, etc.) during production periods (coin or goods) as those are solely used to unlock new technology and immediately removed. Finally, utilize every side of the Embassy in the same manner as you would your Town Hall to create road "tentacles" (🐙) so that more land tiles can be used for productions instead of roads.

Below is a comprehensive commentary that is accompanied by Settlement screenshots, Settlement illustrations and step-wise narrative to provide further insight and details for the 10-Step method summarized on the previous page.

As the Settlement had already been completed many times, the time allotted for maximum rewards is ~7 days (6 days, 23 hours, 59 minutes and 53 seconds). The idea is that one's strategy coupled with the Bonus Multiplier will allow for successful completion for maximum rewards. The percentage chance of hitting the bonus for this Settlement is at a 22.5% chance which will explain the huge 'jumps' of goods if you observe the time stamps for the screenshots. Those that are in their first handful of runs will NOT be able to complete the Settlement this fast due to multiple coin/goods production cycles needed to build up goods as the chances of receiving the bonus are very low. Please note that NO diamonds were used. 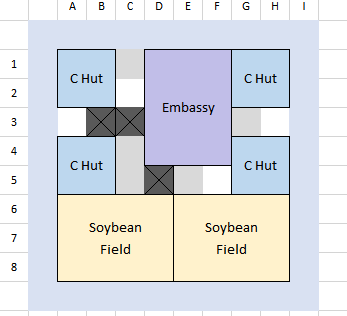 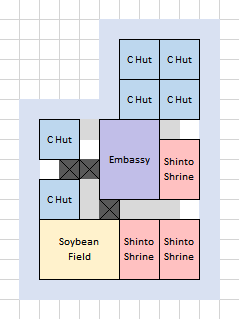 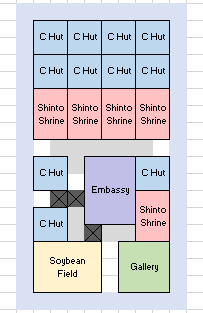 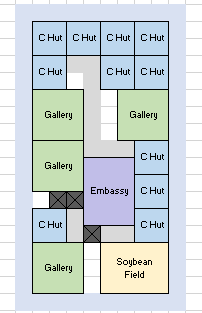 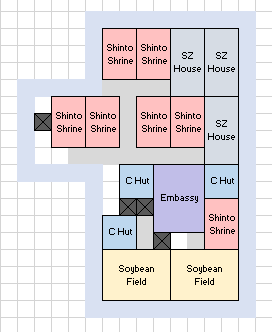 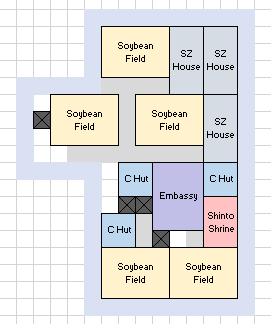 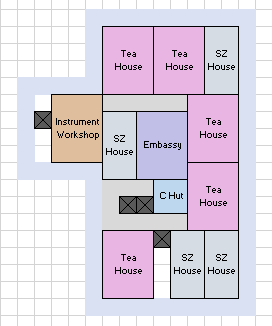 This goals for this period will be to first collect sufficient supplies (Koban Coin) for an effective 8-hour production cycle, and second, to collect as many Instruments for the land expansion(s) and next unlock. 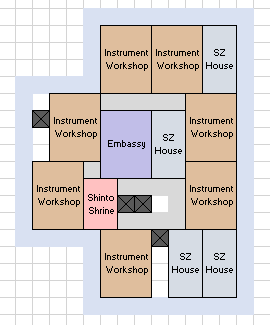 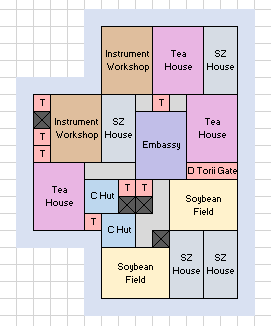 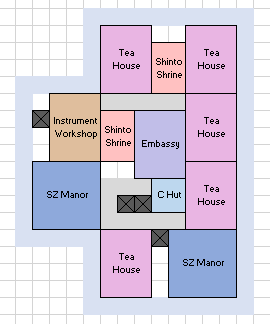 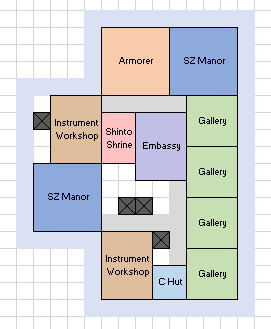 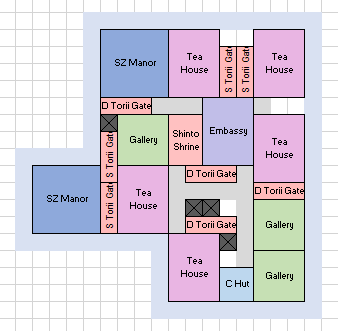 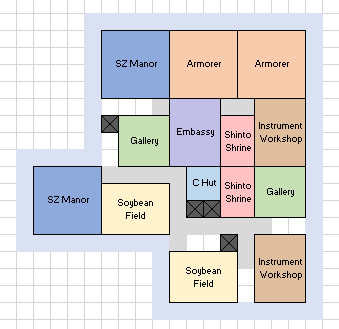